Make sure to stop by The Monson Law Firm, LLC‘s booth at the 2019 Annual Conference of the Louisiana Association of Self Insured Employers.  Christopher Landry and John Mineo will answer any questions you may have! 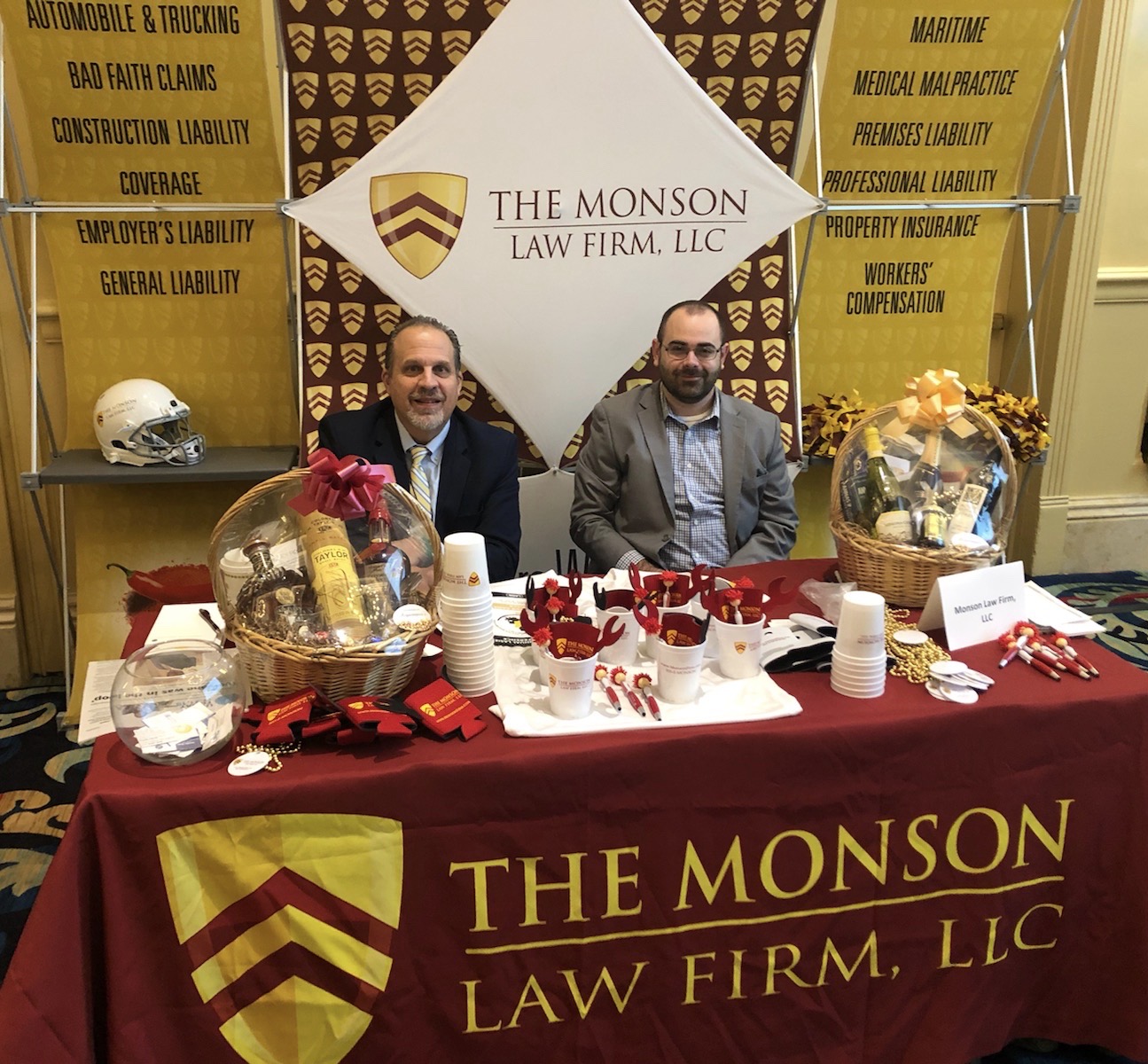 The Monson Law Firm attorneys Christopher Landry and John Mineo will be in that number at the  Louisiana Association of Self Insured Employers Annual Conference in Biloxi, Mississippi.  The theme for this year’s conference is “Workers’ Compensation No Call: Time to Change the Rules”.  Make sure to stop at our booth and say hello! 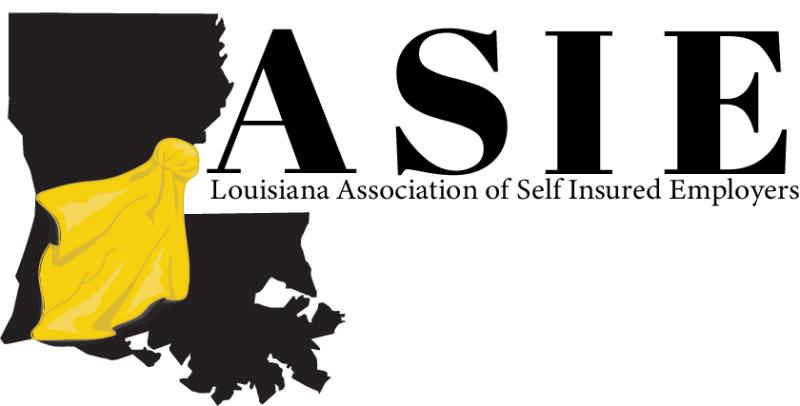 Matthew Monson of The Monson Law Firm and Darryn Melerine of MD Claims Group are in London for a busy week of meeting clients and friends.  Cheers! 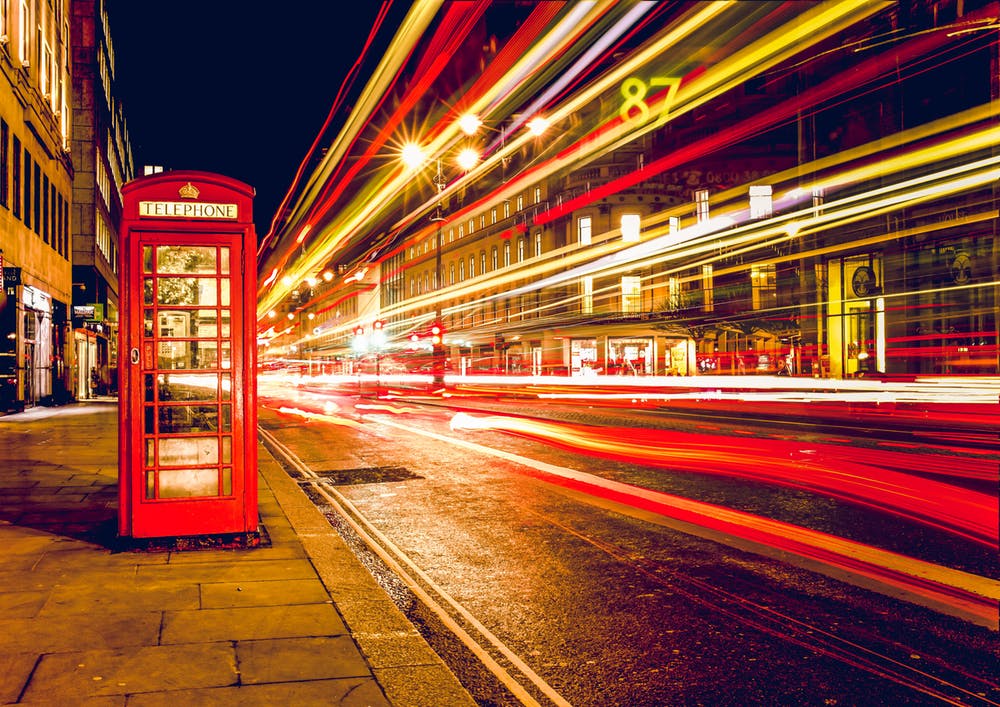 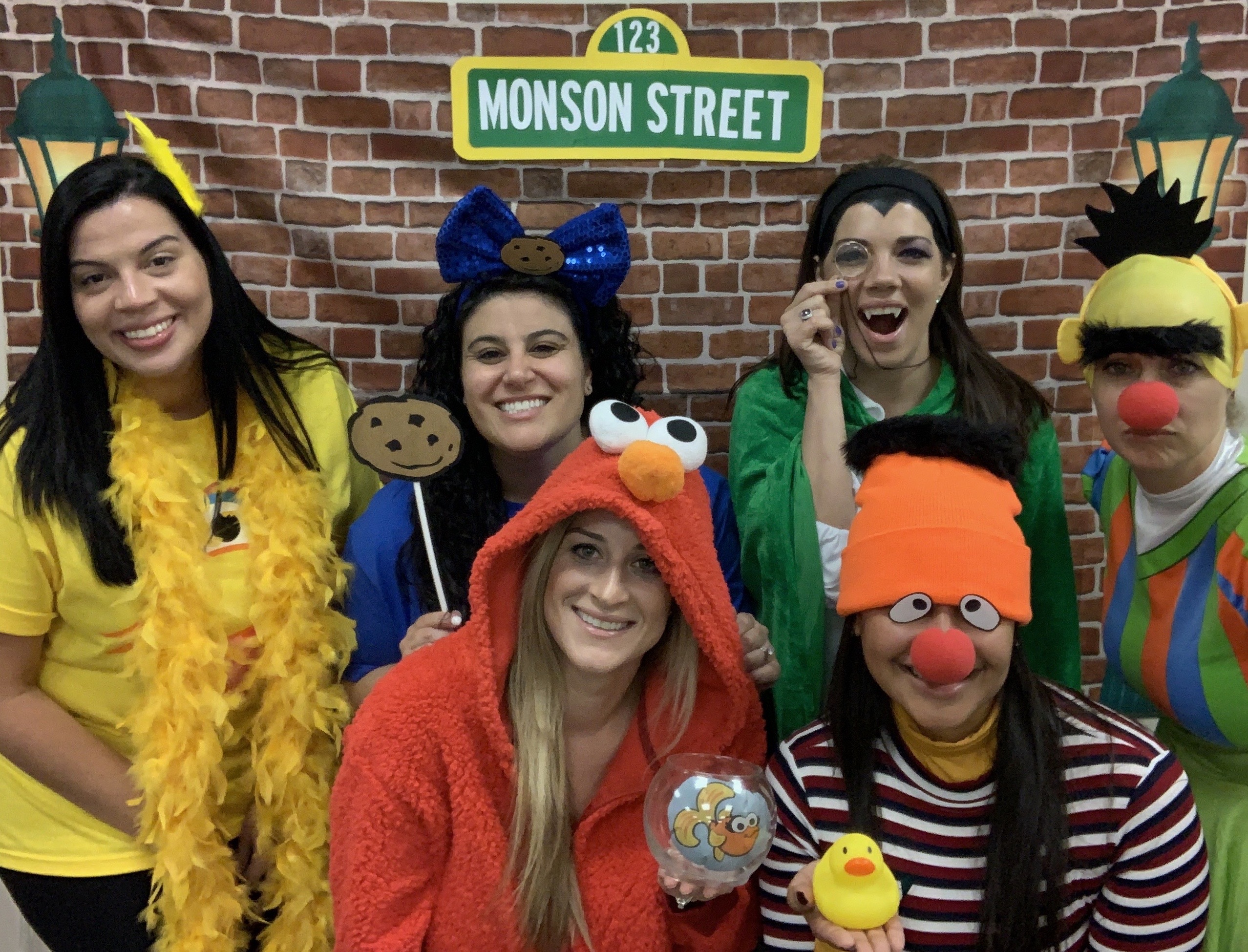 The Monson Law Firm is excited to be in attendance at the 2019 Texas Surplus Lines Association’s Mid-Year Meeting in Lake Tahoe, California.  We look forward to seeing our clients and friends and attending classes regarding the latest developments in our industry! 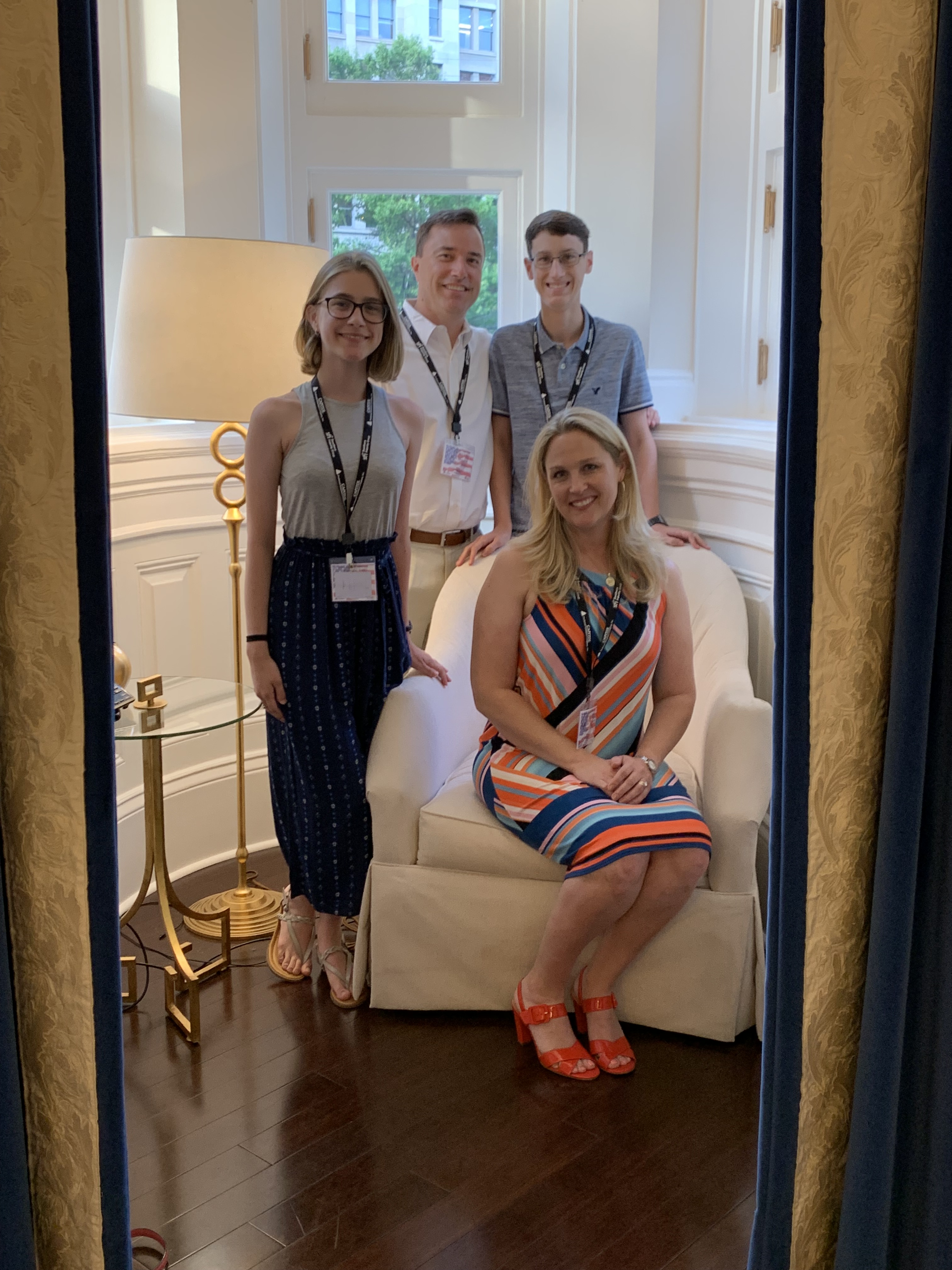 The Monson Law Firm is pleased to announce the hiring of Joshua Dierker to the Louisiana office.  Josh graduated Magna Cum Laude from Louisiana State University Law Center and is in his seventh year of practicing law.    Josh practices primarily in the area of insurance coverage litigation.  He is skilled in the interpretation of insurance policies, including but not limited to commercial general liability policies, commercial property policies, homeowners policies, professional liability policies, and directors and officers liability policies.   Josh is experienced in litigating, mediating and arbitrating insurance coverage and bad faith disputes.  His experience includes advising and representing clients in complex insurance matters. Please join us in welcoming Josh to the firm! 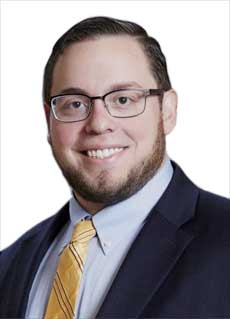 The Monson Law Firm attorneys Matthew Monson and Chris Landry recently attended the second annual Spotlight on Solutions tech symposium, presented by Louisiana Comp Blog at the House of Blues in New Orleans.  The event explored a variety of emergent challenges facing our industry through the lens of technological advancement and investment.  The sessions addressed wearables, artificial intelligence, cyber security and insurtech investment. 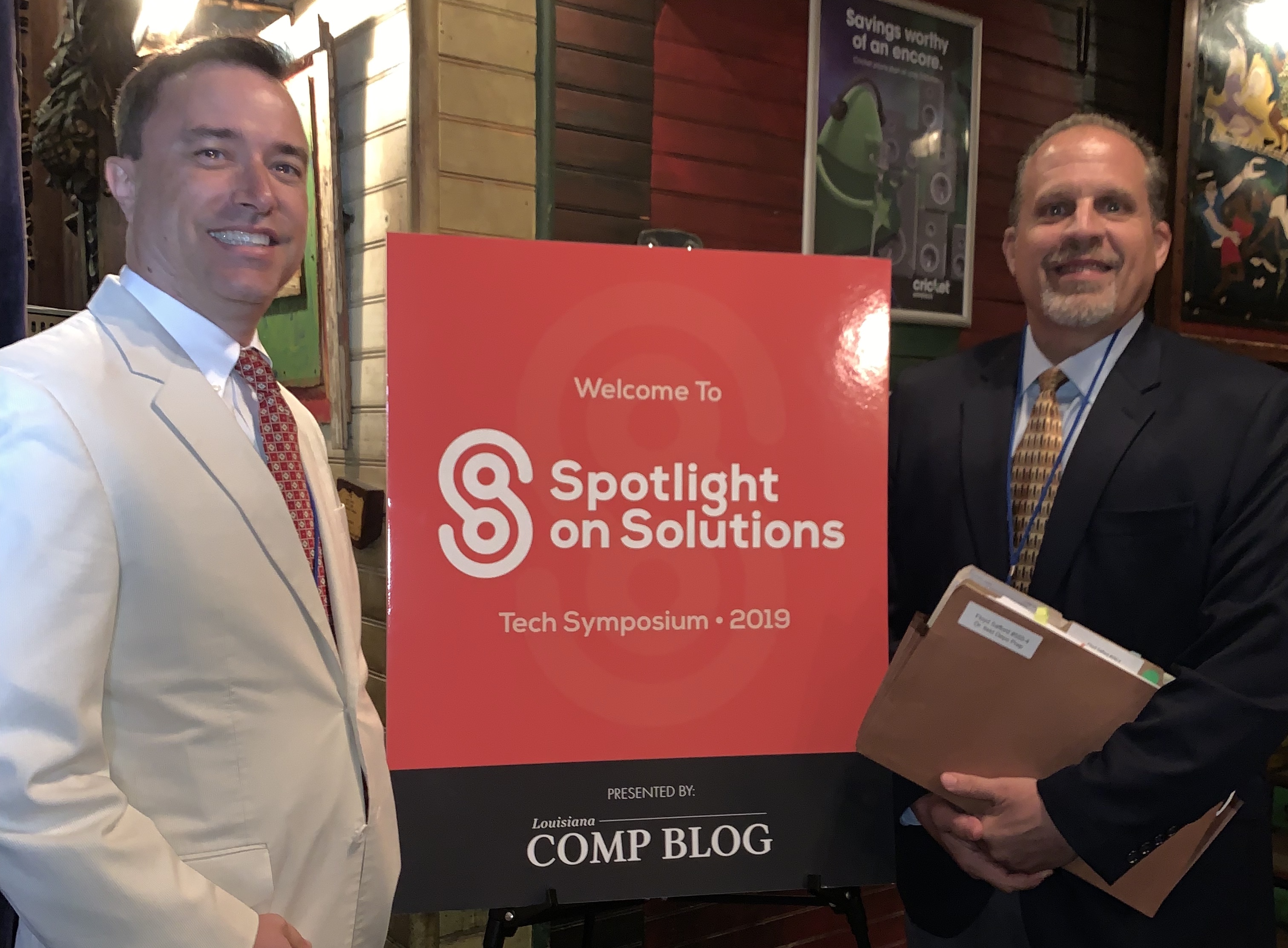 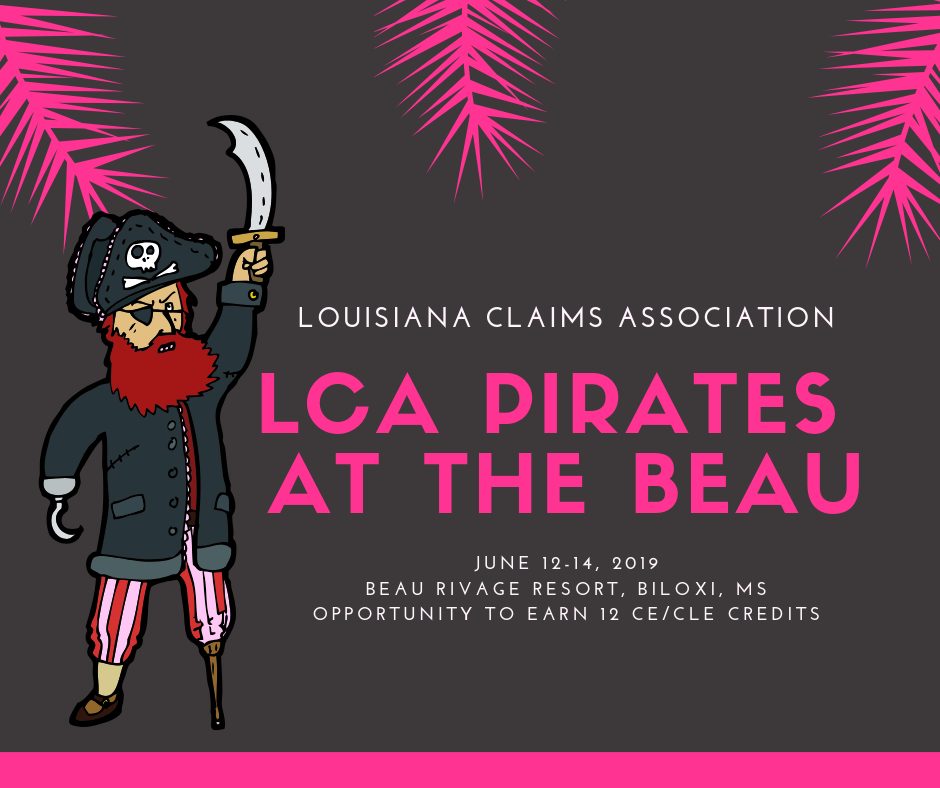 The Monson Law Firm is in Orlando, Florida for the 2019 Florida Insurance Fraud Education Committee Conference.  For the past 26 years, FIFEC has offered  annual training seminars for DIF and SIU investigators, law enforcement officers, prosecutors, insurance carrier adjusters and management, insurance defense attorneys and others in the ongoing fight to combat all forms of insurance fraud.  We are having a great time seeing our clients and friends! 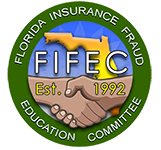 The Monson Law Firm is pleased to announce the hiring of attorney John Mineo, who is working from our Louisiana office.  John’s practice focuses on insurance defense with an emphasis on handling worker’s compensation claims for both insured and self-insured companies.   John has successfully litigated claims before the Louisiana Workforce Commission and the Office of Louisiana Law Judges and is already providing our clients with a high level of service.  Please join us in welcoming John to the team! 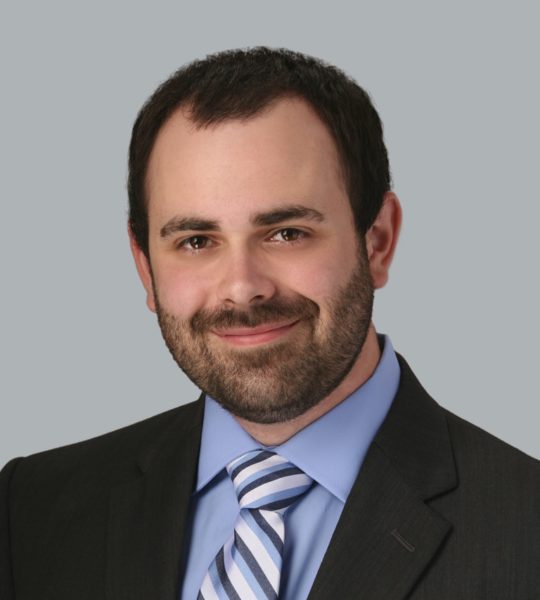 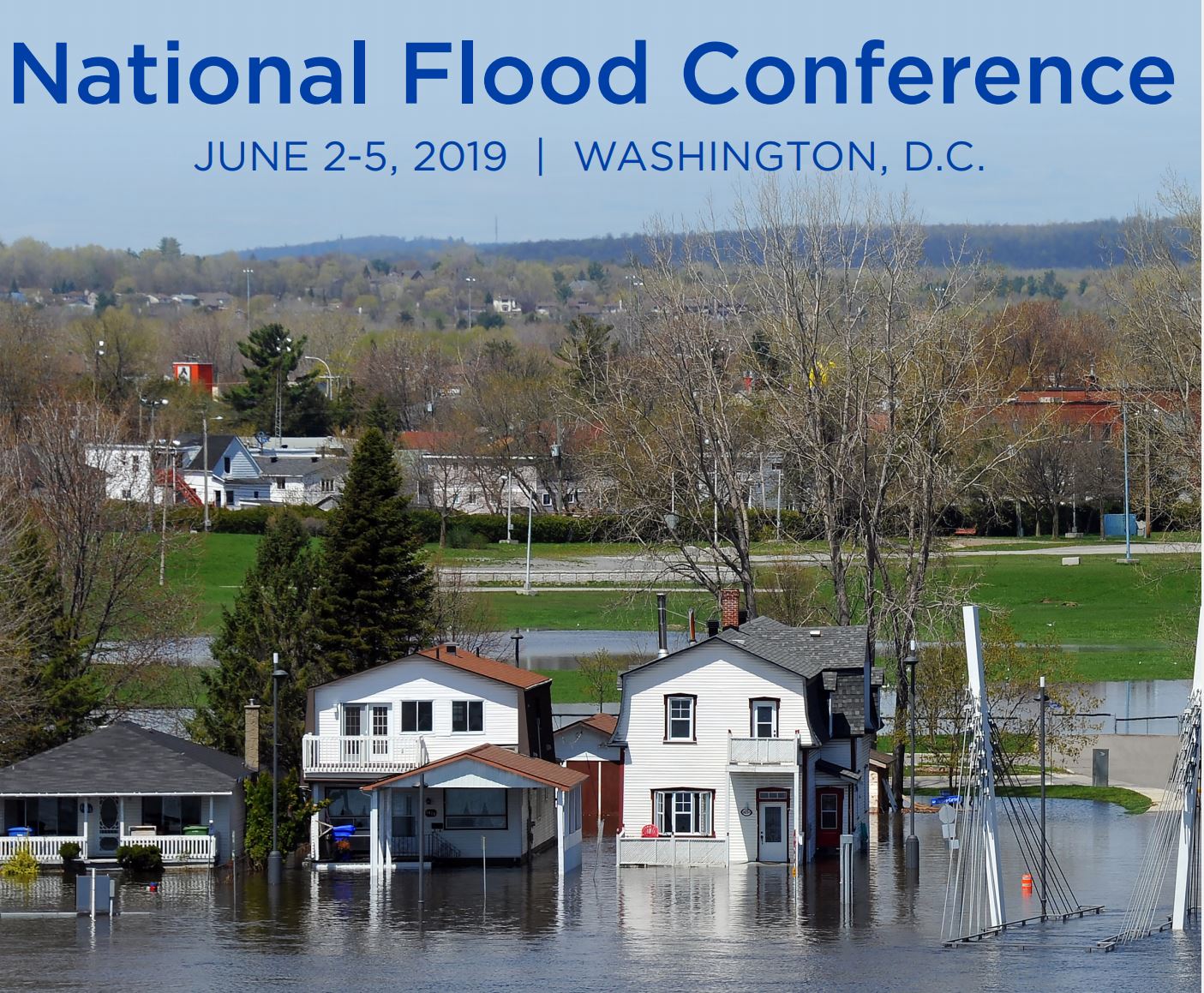 The Monson Law Firm is always ready to provide in-house training and continuing education.  If you are in need of training, please contact us today! 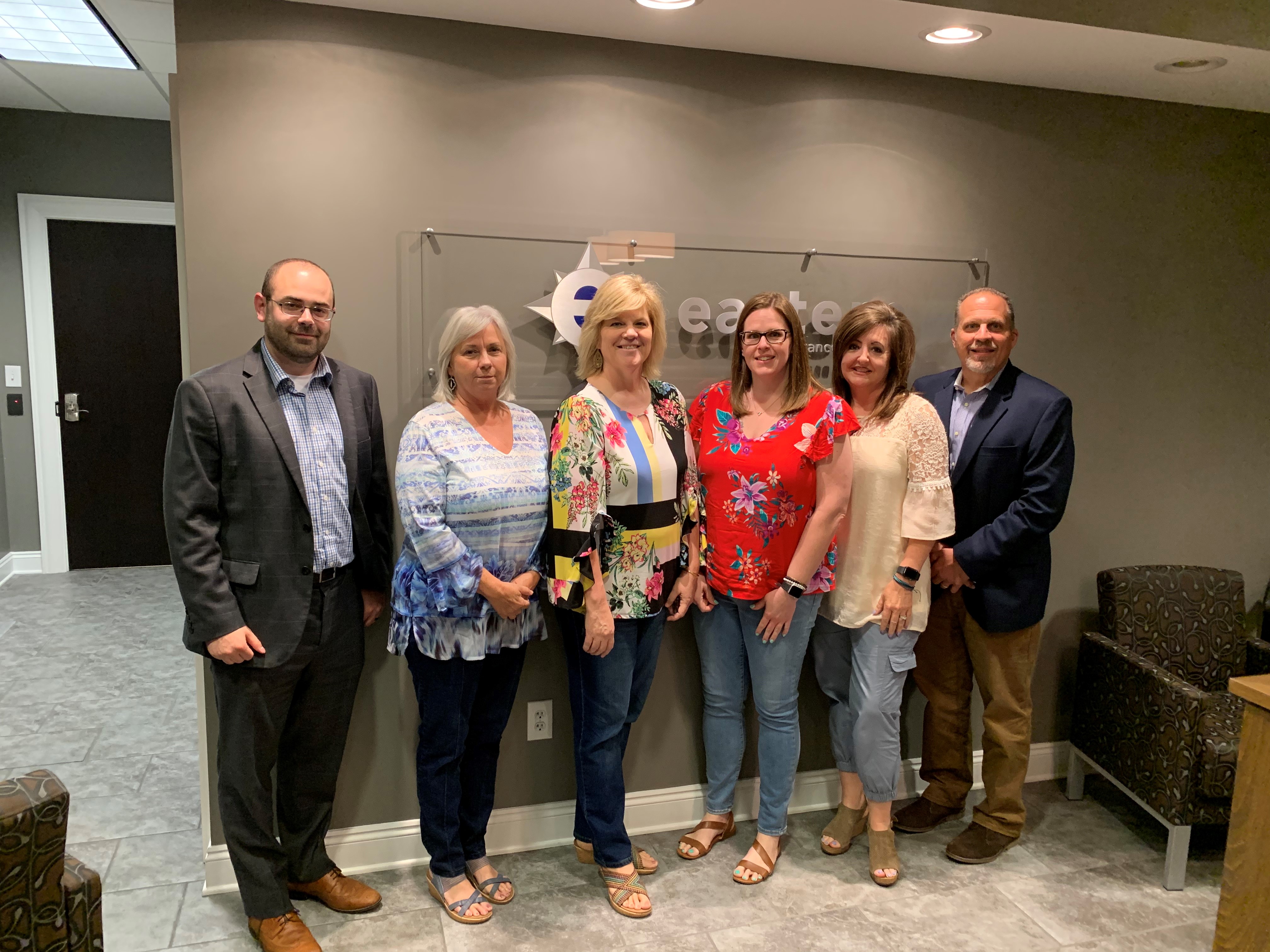 The Monson Law Firm is in attendance today at the Lloyd’s Rugby 7s at the Richmond Athletic Association.  There are now 40 teams playing in this fun festival of rugby, which is watched by over 3000 spectators. The day out is enjoyed by players and spectators alike.  We look forward to spending time with our friends, both old and new, in the London market. 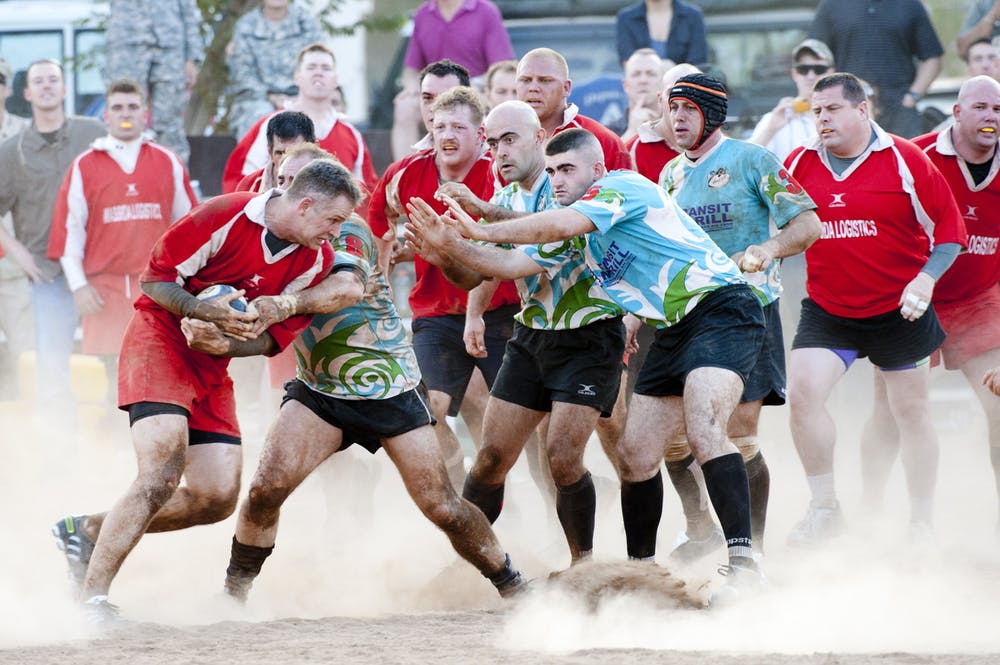 Matthew Monson will be representing The Monson Law Firm at this year’s PICG Conference in London.

The PICG Conference addresses and discusses salient issues that are relevant to the Property sector both in London and on an international basis and provides an educational and networking opportunity for claims practitioners within the Property sector.

The Property Insurance Claims Group (PICG) is a Lloyd’s Market Association (LMA) Claims Committee, providing a representative forum which allows discussion of common issues and concerns within the property market. 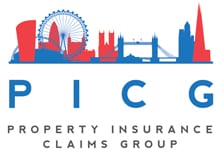 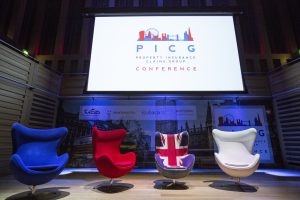 The Monson Law Firm is headed to London this coming week and looks forward to great meetings and fellowship with clients and friends!

Sir, when a man is tired of London, he is tired of life; for there is in London all that life can afford. 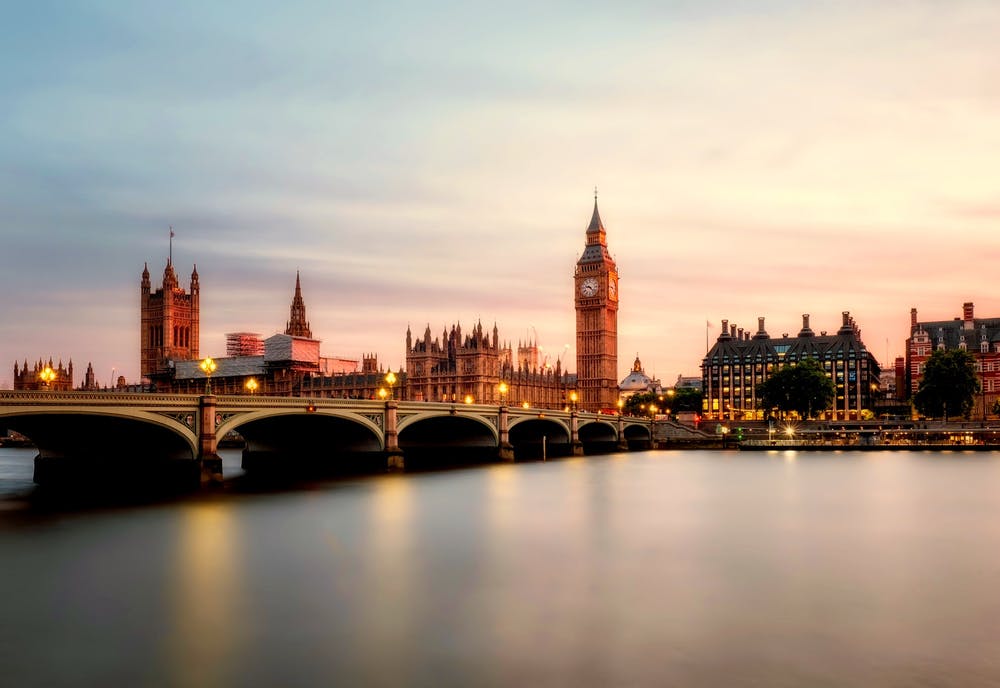 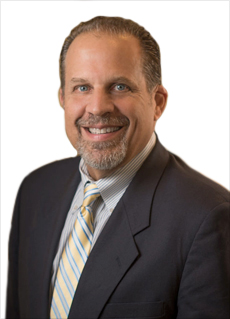 In the case of Americas Insurance Company v. Brian Jarreau, et al, currently pending in the United States District Court for the Eastern District of Louisiana, The Monson Law Firm attorney Laura Abel defeated a bad faith Motion for Summary Judgment filed by the insured and won a Motion for Summary Judgment on the issue of Additional Living Expenses (“ALE”).  The insured alleged unsuccessfully that Americas was in bad faith because it challenged the appointment of Nader “Anthony” Odeh as their appraiser on the grounds that Odeh was not impartial.

The Monson Law Firm won summary judgment on behalf of Americas by showing that Americas voluntarily paid the ALE limits of the policy.  The court dismissed the insured’s claims that additional amounts for ALE were due because the limits of ALE were tendered prior to the completion of the appraisal process.

Please click here for a copy of the judgment. Jarreau Order

The Monson Law Firm attorneys Matthew Monson and Rachel Flarity recently won a decision before the Louisiana Fifth Circuit Court of Appeal in the case of “Peter and Laurie Yaukey v. Henry Ballard, et al.”  In this case, plaintiffs alleged damages and personal injuries from alleged exposure to mold at a rental property, including breast cancer, fibromyalgia, constipation and hyperthyroidism.  During this matter, plaintiffs presented a demand for damages of $2,000,000.  After deposing plaintiffs’ treating physicians, The Monson Law Firm filed a Motion for Summary Judgment on the issue of medical causation, which was denied by the trial court.  On March 20, 2019, the Fifth Circuit Court of Appeal reversed the trial court and granted defendants’ request for summary judgment.

Please click here for a copy of the decision. Yaukey v Ballard

LaHatte specifically accuses both Odeh and Claims Consulting and Contracting of the following:

Please click here to see our previous reporting on this case.

Please click below for a copy of the pleading Odeh – RICO Statement.