The Monson Law Firm attended The Insurance Professionals of Greater New Orleans August Dinner meeting at Augie’s in Harahan. It was a member’s only meeting this month to discuss the budget for the upcoming year. Pictured are TIPOGNO Board Members Brittany Stoudt with Emergency Restoration, Courtney Donato with Forest Insurance Facilities, Amber Townsend and Chad Harrington with Hull & Company.  Click here to view pictures! 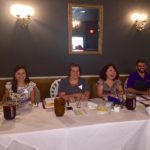 Please join The Monson Law Firm by praying for all those affected by Hurricane Harvey, including our Houston office staff members. “When you go through deep waters I will be with you.” Isaiah 43:2 Click here to view pictures! 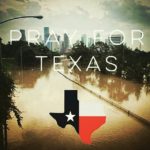 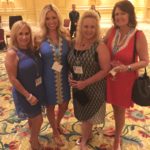 Matthew Monson, Esq. taught two 3 hour Ethics: Rules and Responsibilities classes on Wednesday for Pathfinder LL&D in Houston, Texas. We would like to thank everyone who attended to the Ethics classes, we hope you enjoyed them! Pathfinder LL&D has been a Houston based independent insurance agency since 1913 with branch offices in Austin and San Antonio. They work with more than 55 insurance companies around the world. For more information you can visit their website at www.pathfinderlld.com. Pictured are Scott West, CEO, Matthew Monson, Esq., Jonathan Marshall, CFO, Marjorie Salazar, Esq. with The Monson Law Firm’s Texas office and Wes Kurtz, COO. Click here to view pictures! 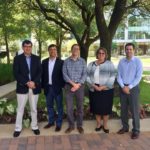 The Monson Law Firm, in support of its client, Southern Fidelity Insurance Company (“SFIC”), obtained Consent Orders of discipline against Gurtler Bros. Consultants, Inc. and Frederich Gurtler, P.E. before the Louisiana Professional Engineering and Land Surveying Board.  In 2015, these parties prepared a hail inspection report to rebut the findings of SFIC’s expert.  While Mr. Gurtler signed the report, he did not affix his seal thereto.  Our complaint, prepared by attorney Blake Lusk, triggered an investigation which revealed that other Gurtler reports issued between January 2012 and December 2016 also lacked Mr. Gurtler’s professional seal, in violation of Louisiana law.  Instead of fighting the complaint at a hearing, both Mr. Gurtler and Gurtler Bros. Consultants, Inc. signed Consent Orders of discipline and paid $4,135.70 in fines and administrative costs.  The Monson Law Firm enjoys working with clients who are committed to fighting illegal practices.  Copies of the Consent Orders can be found here. Frederich Gurtler Consent Order Gurtler Bros Consent Order 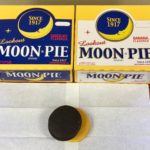 In a case of first impression for Louisiana, The Monson Law Firm was successful on behalf of Americas Insurance Company in compelling an AOB contractor to sit for an examination under oath (“EUO”) and participate in the appraisal process.  In the case of Stacy Morgan and A-Plus Contractors, LLC vs. Americas Insurance Company, currently pending in the United States District Court for the Eastern District of Louisiana, the Honorable Jane Triche Milazzo issued an order on July 6, 2017 granting The Monson Law Firm’s Motion to Compel Examination Under Oath and Appraisal and Stay Litigation Pending Appraisal.  The Motion was written by The Monson Law Firm attorney Blake Lusk and argued by attorney Laura Harris Abel.  Judge Milazzo’s decision correctly states as follows:

Indeed, under Louisiana law, an “assignee ‘steps into the shoes’ of the assignor and acquires only those rights possessed by the assignor at the time of the assignment.”  Accordingly, Plaintiffs must comply with the terms and conditions of the policy, including the appraisal provision.

Just as important, in reference to Americas’ demands that plaintiffs comply with the terms and conditions of the policy, Judge Milazzo could not be more clear when she wrote:

This does not constitute bad faith.

A copy of Judge Milazzo’s decision can be found here. This decision is significant as courts in other states have denied insurers their right to take an EUO of AOB contractors.  The Monson Law Firm is on the front lines of the battle to end Assignments of Benefits abuse.  To see how The Monson Law Firm created the solution to ending AOB in Louisiana, please click here.

The abuse of Assignments of Benefits (“AOB”) in first-party property insurance claims has been well documented. The Consumer Protection Coalition, formed to raise awareness of AOB abuse, reports Florida AOB lawsuits have increased 90,000 percent since 2000. Michael Carlson, executive director of the Personal Insurance Federation of Florida (PIFF), said “highly litigious” groups of trial firms as well as certain types of contractors have been taking advantage of the AOB provision in homeowners insurance policies. In many cases, contractors are inflating the cost of repair work and suing insurance companies if a claim is denied or not paid in full.

Recognizing the threat that AOB abuse poses to the insureds of Louisiana, The Monson Law Firm attorney Matthew Monson set out to end this problem.  His research revealed that the easiest way to protect policyholders from predatory AOB practices and keep control of the claim in the hands of the insured is by improving the language of property policies. The Louisiana Supreme Court addressed this issue in In re Katrina Canal Breaches Litig., holding “that parties may contract to prohibit post-loss assignments, [but also held that] the contract language must clearly and unambiguously express that the non-assignment clause applies to post-loss assignments.” 2010-1823 (La. 5/10/11), 63 So. 3d 955, 963.  More specifically, the Court held as follows:

“Post-loss assignment of claims arising under the policy is not equivalent to the assignment of the policy itself, or an interest in the policy. Given the categorical difference, we find it incumbent on insurers to include clear and unambiguous language in their policies. We do not find it necessary to formulate a test consisting of specific terms or words, however the insurer must include language making it clear and explicit that post-loss assignments are prohibited under the policy.” (emphasis added).  This case can be accessed here.

According to this language, we recognized that the Louisiana Supreme Court provided a clear roadmap to addressing the issue of abuse of AOB – by including specific policy language that restricts post-loss Assignments of Benefits.  Thus, Matthew Monson drafted two possible clauses to add to the Assignment section of a property policy for presentation to the Louisiana Department of Insurance to protect Louisiana insureds.  These clauses are as follows:

Post-loss assignment of rights, benefits or claims arising under this policy are prohibited.

Post-loss assignment of rights, benefits or claims arising under this policy will not be valid unless we give our written consent.

Lighthouse Property Insurance Corporation was the first insurer nationwide to receive approval to include this language in its policies.  Since then, multiple insurers have also incorporated this language into their policies. The Monson Law Firm would like to thank Louisiana Insurance Commissioner Jim Donelon and his team for their foresight in tackling this growing problem that threatens insureds in all states.

The Monson Law Firm also calls upon every state insurance regulatory body to take similar action to protect their policyholders.