The Civil District Court for the Parish of Orleans recently granted a Motion for Summary Judgment filed by The Monson Law Firm attorneys Donald Latuso and Blake Lusk.  In the case of “Carol Smyth, wife of/and Joseph Riggio, Jr. versus Joseph M. Kanter,” plaintiffs sought an order requiring Mr. Kanter to pay for the removal of a tree which was allegedly damaging plaintiffs’ property.  Through deposition testimony and a professional land survey, it was determined that the subject tree was located on the boundary between plaintiffs’ and Mr. Kanter’s property.  As such, it was jointly owned by plaintiffs and Mr. Kanter.  The Court ruled that since the subject tree was jointly owned property, Mr. Kanter was not responsible for the cost of removing same.  Accordingly, the Court dismissed plaintiffs’ claims against Mr. Kanter, with prejudice. 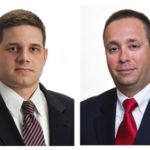